7:00am All is quiet and still, the fog is heavy, but the birds are awake. They are calling to each other and seemingly calling the shearing crew to work. 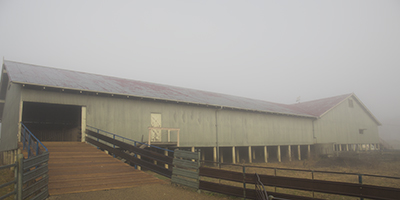 The first to emerge are the shearers, shivering slightly in the cool morning air. They are getting ready for the day to come. Preparing their shears for another day.

Scotty the presser is moving the sheep into their pens. From there the sheep can easily move on to the board for their annual haircut.

The wool handlers are gathering, ready for any last instructions from the classer. Each mob of sheep is different and needs to be handled slightly differently.

7.30am The silence of the morning is broken by the hum of the shears as the day begins. The shed becomes a hive of activity. The shearers are shearing, the wool handlers are throwing and skirting fleeces, the laserscan team is weighing and testing each fleece, and the classer is sorting the great from the exceptional.

Each with a steady hand Karl, Tim, Craig and Jock shear with care and composure. Keeping the sheep calm and relaxed is the key, there are no better hands in which the sheep could be. Tirelessly they work taking as much care on the last sheep as they did the first.

9.30am The first run of the day is done and quiet again descends as the team takes a well earned break. Still there is a buzz of excitement, it’s Friday morning and that can mean only one thing, Sausage rolls. Alison’s homemade sausage rolls have become a thing of legend, a tradition of the shearing shed that makes the 48 sausage roll free weeks of the year hard to bear. 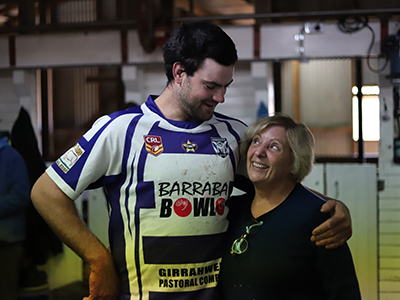 The team settles around the break room, a cup of tea in one hand and a sausage roll in the other. Everyone is taking it easy before the next run begins. 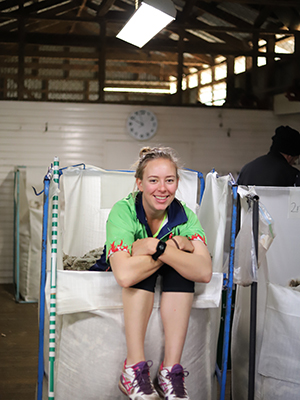 10.00am The 2nd run gets under way. As soon as the first fleece is shorn the wool handlers are in action. Phoebe is sweeping the board, making sure that the shearers stations are clean for the next sheep. On tables at either end of the shed Nicole and Britney are throwing fleeces. Like a soft woolly cloud the fleece unfurls in mid air and lands perfectly on the table. Maddie and Kirsten jump into action skirting the fleece. They’re taking the edge off it, separating the areas with grass seeds from the softer wool. Moving with precision they take off no more than needed before folding the fleece into a neat ball to be tested and moving on to the next fleece. It is non-stop, fleece after fleece, and it’s always done with a spring in the step

12.00pm And that’s the morning done. It’s hungry work and the team is ready for lunch.

12.45pm The afternoon’s sheep are moved into the shed, ready for a haircut.

1.00pm The 3rd run begins and the laserscan team is ready for action. 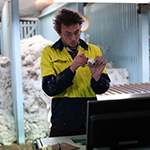 Thea scans the ear tag of the sheep as they’re being shorn, leaving a ticket with the fleece so we know which fleece belongs to which sheep. Nathan weighs each fleece and takes a core sample. Cameron cleans the sample to get rid of any contaminants. Peter scans the sample to find the average micron of the fleece. Using the laserscan over 300 measurements are taken to find the average.

The team works with a steady, unceasing rhythm. 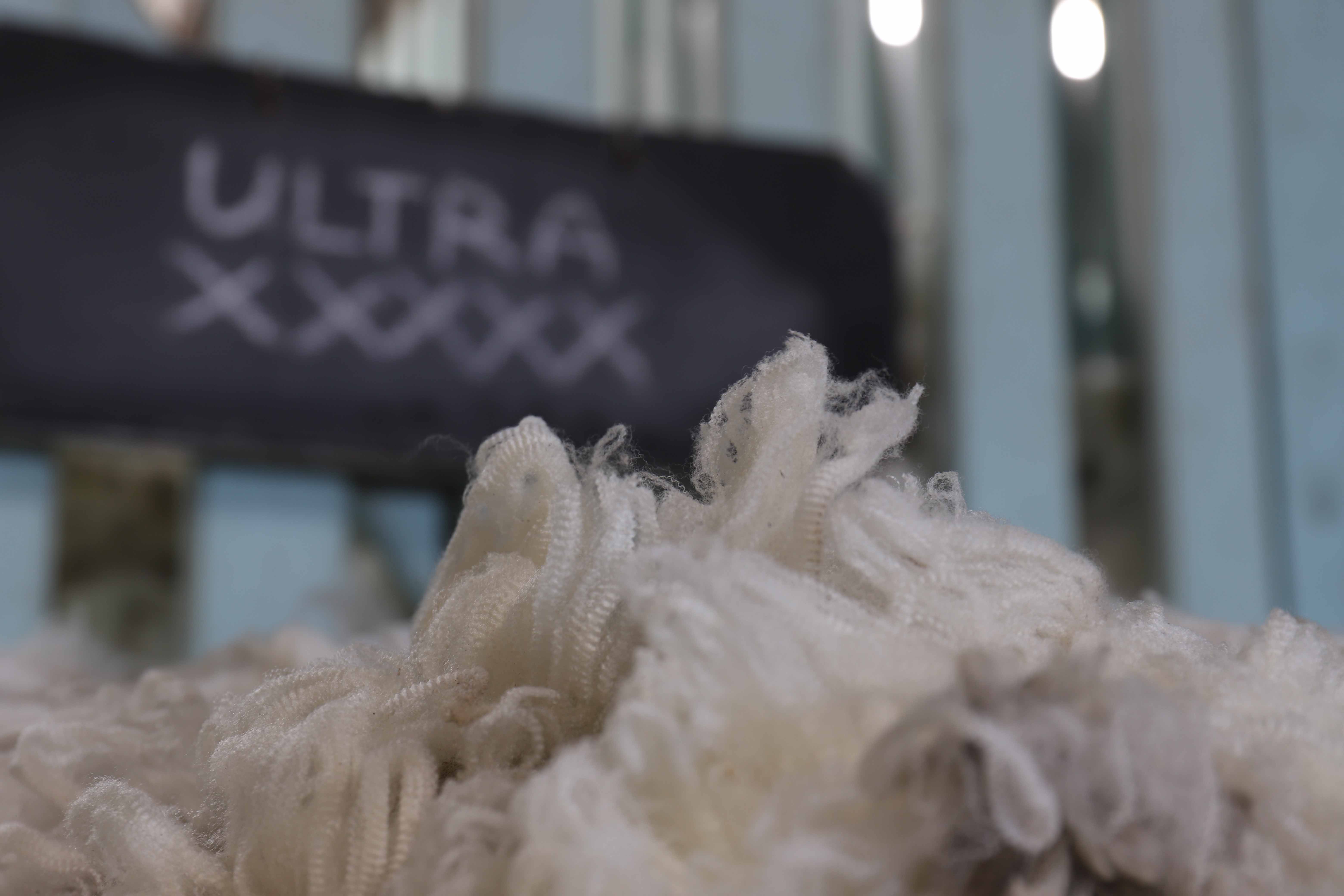 3.30pm The 4th and final run of the day. As the fleeces for this run start to make their way on to the classer’s table Frank gets to work. With a practised hand he judges the fleeces on length, strength, colour and style. Using the tested micron to help him decide which of the 20 fleece lines that fleece belongs in (Only one of those lines is judged to be right for henry and grace). He moves steadily seeing and feeling qualities that are imperceptible to all but the most experienced hands.

5.30pm The day and the week wind to a close. Weary but content the team settle down for a drink to relax and unwind.

Get the latest updates on new products and upcoming sales